Since it is October and Halloween is just around the corner, we wanted to take a moment to highlight Nibblefest's Halloween-related entries for those artists that dared to tie this month's Owl theme with Halloween! 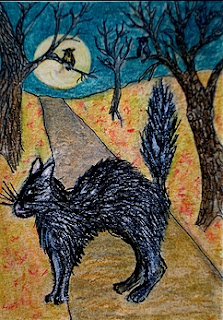 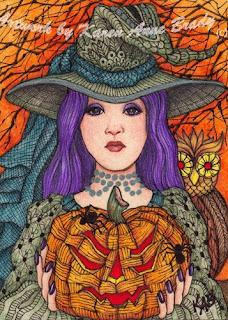 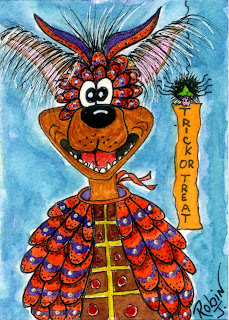 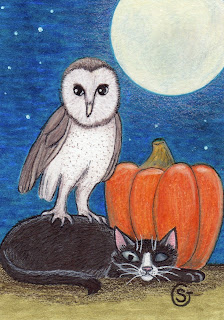 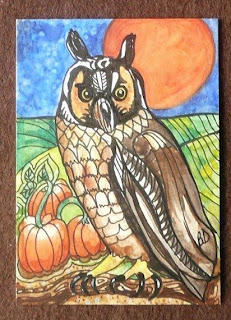 There's over 50 Nibblefest entries so far! Don't miss out on these fantastic art sales!

Please check out our other Nibblefest auctions!

The start of our next round of the

begins in just one week!

Owls have long been a part of human folklore, myth and legend.  Often depicted with an air of mysteriousness in popular culture, probably due to their nocturnal nature, unique physiology and predatory ways, owls have always captivated the imagination.  From prehistoric times to today, they continue to hold their place as prominent cultural symbols and icons....

"Can grave and formal pass for wise, When Men the solemn Owl despise....?"
~Benjamin Franklin

"The Bat that flits at close of Eve
Has left the Brain that won't believe.
The Owl that calls upon the Night
Speaks the Unbeliever's fright."

"Alone and warming his five wits,
the white owl in the belfry sits...."


So wont you join us for this month's

When, starting on October 20th, artists near and far will gather via Ebay to present their own unique and one-of-a-kind interpretations of the theme,

(Nibblefest Art Contest (NFAC), the fun and friendly, monthly-themed art competition that begins on the 20th of each month, and is open to all.  Hosted via Ebay, all Nibblefest art entries start at just .99 cents -- fun for artists AND collectors....!

To view upcoming monthly themes, see this post.  For complete rules please visit our NFAC Facebook Page,
or check out the information on the side of this blog....)

(*Please note: The art by Nibblefest Artists featured in this post represent past portfolio works, not current NFAC entries.)

If you have any questions or comments, please send us an Email.

Promote Your Page Too

August 2020 - Lemonade
Entries not in compliance with the rules will be disqualified.

Nibblefest is a monthly themed art contest. Contests run from the 20th to the 27th of every month. All artwork is listed on eBay at 99¢ no reserve!

Contest starts on the 20th of each month. You can list any time of the day as long as it ends on the 27th.

Make sure you list in the Art Category on eBay.com!! All the links we share of the NFAC search will only include listings in the art category.

Starting bid: 99¢. No reserve, no extra features other than "Gallery Plus" which is free. This is to keep things equal for everyone. List in one category only.


Medium: Anything you choose

Size: Anything you choose

Support: Anything you choose

Theme changes monthly, please see the list in "About" for upcoming themes.

"This is my entry in the Nibblefest Art Contest, a themed art contest beginning on the 20th of each month. Please be sure to search for NFAC to see more great entries, each starting at just $0.99. Thanks!"
You may also include the clickable banner to link to the other NFAC auctions. This is completely optional. Follow this link for instructions on how to do that (don't be scared, its really simple once you get it!): https://nibblefest.blogspot.ca/2017/10/updated-nfac-banner.html

The word NFAC must be included in the title for search purposes.

We are now allowing up to three auctions per artist, only one of which may be a print of older work (by “print” I’m not referring to photography or handmade prints). Each artist can only win one award per contest. If this change doesn’t work out for any reason, we will go back to one entry per artist.

All listings are to comply with eBay regulations and completed in the usual way. If you sell for a low price, you must complete the deal. No shilling (e.g. no using fake ebay accounts, or soliciting people to fraudulently drive up bids)! Also, please do not make bidder ids private - this keeps things transparent and fair.

The winner will be judged on the most individual bidders received during the auction (each bidder is counted once), the prize is an award graphic (see photos). Second and third place winners will also be announced and will receive a graphic. Only one award per person is given with the exception of The Big Chomp Award which goes to the entry that receives the highest dollar amount (regardless if they've won 1st, 2nd, or 3rd).

Entries not in compliance with the rules will be disqualified.